The new network, which will distribute digital audio broadcast signals via both satellite and terrestrial “cloud” technology, will be the most advanced system of its type in the country, supporting advanced features such as targeted advertising and custom content insertion for remote stations, time shifting, and encryption as well as sophisticated network control and management.

In addition, it will feature IDC’s MISTiQ IP networking technology, enabling transparent switching between broadcast and cloud. Integrated hybrid IP connectivity will eliminate loss of signal due to rain fade, sun outages, and interference that can plague broadcasters and degrade service for audiences.

IDC is working with its longtime partner in Mexico, Grupo Etercom SA de CV, to deliver this turnkey solution.

Alejandro Torre, head of engineering for Televisa Radio commented, “We selected IDC after a very thorough analysis. We are excited about working with a flexible, secure, next-generation system that seamlessly incorporates cloud technology, the first in Mexico.”

Harris Liontas, President and CEO of Novra Group commented, “Televisa Radio is one of the largest, oldest, and most prestigious networks in the Americas. It is an honor to have been chosen as their technology partner as they upgrade their radio network with new advanced technologies.”

About International Datacasting Corporation: International Datacasting Corporation is a global technology provider for the world’s premiere broadcasters in radio, television, data and digital cinema. IDC’s products and solutions are in demand for radio and television networks, digital program and targeted ad insertion, digital cinema, digital signage, VOD, and IPTV among other applications. Products include hardware, software, and services. IDC is headquartered in Ottawa, Canada and is part of the Novra Technologies group of companies.

About Novra Group:  Novra (TSX-V: NVI) is an international technology provider of products, systems and services for the distribution of multimedia broadband content. The Novra Group of companies includes Novra, International Datacasting Corporation, and Wegener Corporation. The companies in the group are known for a strong focus on applications including: broadcast video and radio, digital cinema, digital signage, and highly reliable data communications. 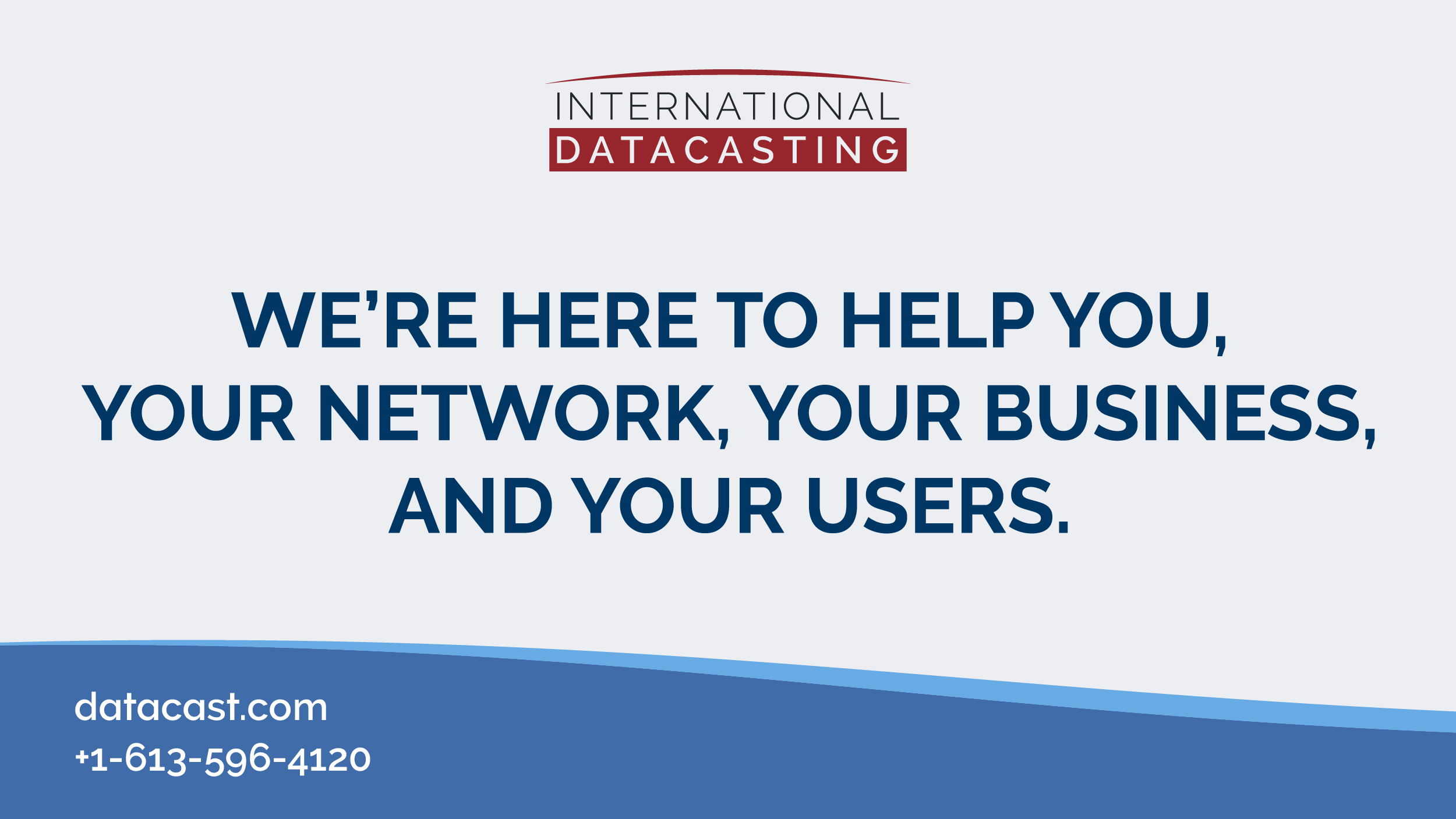